RUSH: All right, sir. Let's see how many of you remember. Pretty much this entire busy broadcast week when the subject of Judiciary Committee hearings for the next Supreme Court nominee have come up, many of you have said, "We need to do it, Rush, we need to have the hearings so that the Democrats do their usual, predictable meltdown and that everybody can see it, everybody can see what the Democrats are doing right before the election. We need to do it."

The rioting in Louisville. Folks, who do you think's doing that? The Democrats demonstrate every day who they are. One of the real shocking things here is the reality - (interruption) hang on. My watch is going nuts, shelter-in-place has been lifted. Turnpike and Lake -- all right, fine. Sorry, folks. My phones are going nuts. We got a public safety alert here on my phone. Let me deal with these here. There. It's a good thing that I'm technologically competent and don't panic when this stuff hits.

All right. So the Democrats show us every day who they are. If you want to get down in the -- not depressing, but the fact that this party will automatically get 40 to 45% of the vote in any nationwide election, people know who they are. People know what they're capable of. They are now burning down Louisville. They are doing everything they can, doing everything in Louisville that they did in Portland, that they did in Seattle. 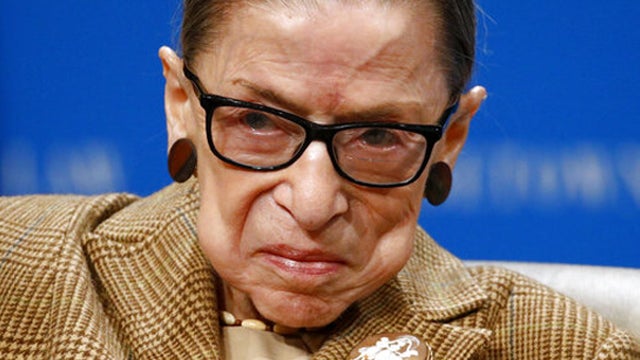 If it hadn't been for Trump going up to the Supreme Court to pay his respects, she wouldn't be in the news today. Now, how smart is that? And the Democrats are obviously are not worried. One of the reasons they're not worried about it is the media is blaming the rioting on us. The media is trying to blame all of what's going on in Louisville on us because they're saying this is justified based on what happened to Breonna Taylor.

There is one time that I will concede, one time where I think the Democrats behaving very near an election, exactly as who they are, came back and bit them, and that was the Wellstone memorial, and that was in 2002. Now, many of you, that's 18 years ago so you may not have been old enough or in some cases not even born yet. But the Wellstone memorial was a memorial service for a beloved Democrat senator from Minnesota, Paul Wellstone, who perished in a plane crash.

So they did the Wellstone memorial. And it was very close to the 2002 midterms. This is the first midterm election after George W. Bush had been elected. And as in all midterm elections, the party in power -- i.e., the Republicans -- lose significant numbers of seats in the first midterms. It's just the way it's always happened. You elect a president, new president, and two years later, people are fed up with some things that he's done so they take it out on him by voting for the other party in the midterms. 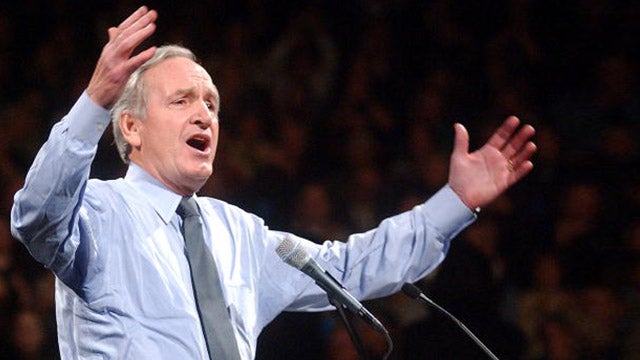 Well, the Democrats had a meltdown at the Wellstone memorial. And Cookie, I don't need any sound bites of it. I've got more sound bites than I can use today. They literally had a meltdown in the way they handled that whole thing. Republican senators knew Wellstone, they showed up, a lot, to show their respects. They were hounded and harassed out of the arena. The Republicans had to leave for their own safety. It was absolutely incredible. The Republican colleagues of Wellstone had to leave.

I mean, Tom Harkin from Iowa turned the death of Paul Wellstone into the cheapest, rankest, most disrespectful attempt to advance the liberal agenda that I've ever seen. And they lost seats. The quick version of the story is the 2002 midterms, Republicans gained seats. And it stunned everybody. It never happens. And so that's one instance, only one, where I will acknowledge that the Democrats' behavior -- in other words, taking the masks off and telling everybody who they were so close to an election actually came back and bit 'em.

In this case you would hope this would be the case. But the Democrats actually think that if they put on a good showing and destroy the president's nominee, that it will increase enthusiasm on their side. They really believe that if they do an all-out, better than ever or worse than ever hit job on whoever the nominee is, they think that they're gonna spark enthusiasm and turnout on their side. That's what they think their base wants.

If our nominee is literally bloodied and can barely walk out of the hearing room, the Democrats think that that's gonna be a home run. Whereas many of you think, "Ah, that's all it's gonna take, Rush. The American people will find out who the Democrats are." How can the American people not know who they are? I know you're gonna shout at me, "Media!

"The media's not telling them the truth." Folks, maybe. But the Democrats are flooding the zone. The Democrats are everywhere doing whatever they can, and they've been doing it for months. Do you think the American people really think Republicans are rioting and burning down Portland? Do you think the American people really believe Republicans are causing all these problems in Minneapolis and all these Democrat cities and states like New York, Chicago, and Illinois?

As I say, the Democrats are still gonna get automatically -- 'cause Plugs has a D next to his name, that's automatically gonna be -- 40 to 45% of the vote no matter what they do. More on this as the program unfolds today, 'cause I've been doing a lot of thinking about it. I've had make sure that I don't substitute what I wish and what I think should be happening -- i.e., I think the American people by now ought to have no question, no doubt whatsoever who the Democrats are, what the Democrat Party is.

But that's probably unrealistic, probably wishful thinking on my part, probably not taking into account how the media has lied through their teeth and has done a great job of covering up for the Democrats and hiding who they are even when the Democrats are doing their level best to show everybody who they are.